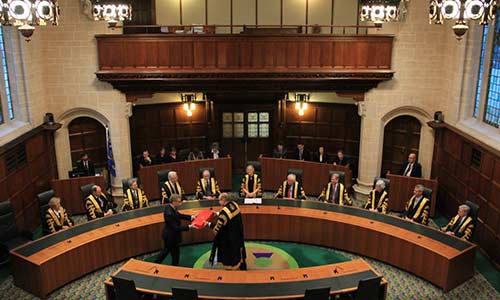 The UK Supreme Court has answered the question and established the English law test for determining which law governs an arbitration agreement. In this article, we examine the Supreme Court judgment in Enka v Chubb issued today.

The presumption established by the Court of Appeal

Earlier this year, we reported on the English Court of Appeal’s judgment in Enka v Chubb. That judgment sought to clarify how English law should determine the question of which law governs an arbitration agreement in scenarios where no express choice is made by the parties.

That Court of Appeal judgment, handed down by Lord Justice Popplewell, noted the need for order and clarity in this long-uncertain area of English law. As our report examined in detail, that judgment endorsed the so-called Sulamerica three-stage test to be applied when assessing this question. However, it introduced a new “strong” (albeit rebuttable) “presumption” that, in the absence of an express choice having been made, the parties intended that the law of the seat of the arbitration should govern the arbitration agreement.

Lord Justice Popplewell’s addition of this presumption to the application of the Sulamerica test was widely held to be a welcome step to help put to bed a debate that had existed for some time among arbitration practitioners as to the correct applicable law in such circumstances, and, in particular, the precedence to be given to a choice of seat as against a choice of substantive law.

This no doubt helps to explain why upon Chubb obtaining permission to appeal, the matter was fast-tracked for hearing by the UK Supreme Court to resolve the question authoritatively. Of note is the fact that despite the present challenges and delays facing the legal system, both appeals were heard in just over seven months. This was described in the judgment as “a vivid demonstration” of the speed with which the court system can act when clarification and certainty is urgently required.

The UK Supreme Court heard submissions across two days in late July 2020; its judgment was published on 9 October 2020 and is available here. It is a testament to the complexity and divisiveness of the issue that the judgment is some 115 pages long and that the UK Supreme Court was divided in its opinion, with the majority judgment being given by Lord Hamblen and Lord Leggatt, with whom Lord Kerr agreed, but with Lord Sales and Lord Burrows dissenting.

In an interesting development, the UK Supreme Court dismissed the appeal and overturned the Court of Appeal’s decision. It has now established new guidance, which will be the leading authority on this area. In summary, welcome clarification has been provided by a more straightforward test. The test provides that where the parties have not expressly specified the governing law of the arbitration agreement:

Effectively, the UK Supreme Court’s decision represents a presumption in favour of the contract’s governing law, rather than the seat, in circumstances where a choice of law can be identified. The rationale and reasoning for the decision is extensively documented in the judgment, but, in brief, was based on the conclusions and findings that:

At the contracting stage, parties often give little thought to the question of what law should govern the arbitration agreement. The Enka dispute is a good example of how that question may be critical to the outcome of a dispute between parties where an arbitration clause is involved. The recent and ongoing saga in respect of the Kabab-Ji v Kout Food dispute (where the English and French courts resolved the same question with different answers) is another. In light of this decision, parties should always be aware that even if a different seat of arbitration is specified to the governing law of the contract, the law of that seat is unlikely to take precedence over the governing law of the contract, absent express provision to the contrary.

Our previous comments in respect of Enka stand. The UK Supreme Court’s decision is a welcome one to settle the debate once and for all and to have an authoritative statement on the issue from the highest court in the jurisdiction. It will bring certainty to this important area. However, it is still open to parties to debate whether an implied choice of law has been made, and the UK Supreme Court has identified exceptions to the general rule (for example positing that it may be the seat that takes precedence if the law of the contract would otherwise render the arbitration agreement ineffective and it appeared that a different seat had deliberately been selected as a neutral forum).

However, the scope of this judgment extends only to situations where a court finds that no express choice as to the law governing an arbitration agreement has been made by the parties. The English Court of Appeal’s decision in the Kabab-Ji case is an illustration of the lengths to which an English court may go in using its tools of English law principles of contractual interpretation and construction in finding that an express choice was in fact made.

Accordingly, the best approach and practice will always be for the parties to take the time at the contract drafting stage to ensure that an express choice of law is made in the clearest terms.