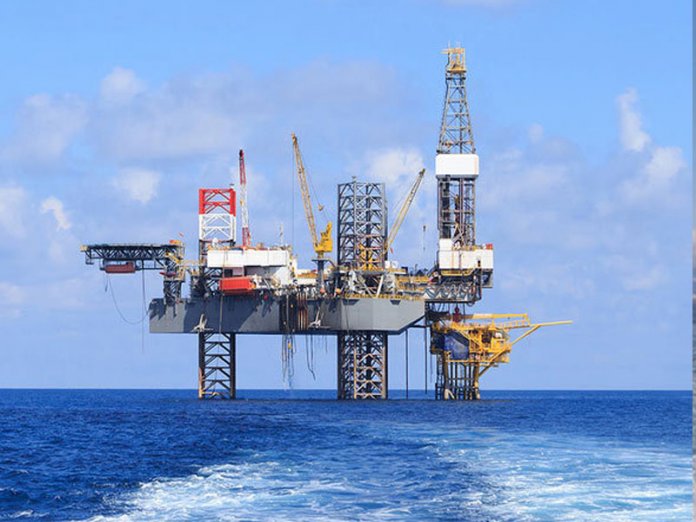 Ejiofor Alike and Emmanuel Addeh in Abuja with agency reports

The rising number of COVID-19 cases among workers at Nigeria’s offshore oilfields and platforms is a growing threat to the country’s oil production, sources within the oil sector said.

However, Nigeria, which failed to curb oil production quota in strict adherence with the Organisation of Petroleum Exporting Countries (OPEC) agreement in an effort to ameliorate the glut in the international market, has now submitted a comprehensive plan on output cuts.
This is coming as the United Kingdom Supreme Court yesterday heard an appeal from Nigerian farmers and fishermen seeking to pursue claims against oil major, Royal Dutch Shell, over spills in the Niger Delta.

S&P Global Platts reported that maintenance at the offshore Bonga oilfield has already been disrupted after the operator, Shell, was forced to evacuate workers due to a pandemic outbreak.

The Department of Petroleum Resources (DPR) confirmed that a growing number of workers were being diagnosed with COVID-19 at offshore and remote oil locations and expressed fears it might disrupt production.

The DPR did not, however, name the fields affected, but blamed the outbreak on personnel not adhering to the rules and guidelines before leaving offshore oil locations.

The DPR, in a statement yesterday, said: “Consequently…no personnel (including government authorities) shall be permitted to embark to offshore/remote locations in the oil and gas industry without being fully subjected to established protocols.
“Furthermore, all operators are to ensure that evidence of compliance with the protocols by personnel travelling to offshore/remote locations is duly documented.”

Offshore production accounts for more than 60 per cent of Nigeria’s 2.10 million-2.20 million b/d crude and condensate output.
Earlier this week, Shell began evacuating workers from the Bonga floating, production, storage and offloading unit after some of them contracted COVID-19, resulting in the maintenance programme being halted.

The 225,000 b/d Bonga Floating Production Storage Offloading (FPSO) has been partially shut since late-May for repairs expected to run until July, according to Shell’s local subsidiary Nigeria Exploration and Production Co.

“The affected workers were suspected to have contracted the disease at the port of Onne en route to the Bonga FPSO vessel. The disease was rampant at the Onne Port,” a source said.

The port of Onne, Rivers State, is the main base from where a large number of supply vessels operate to and from offshore facilities.
The rising cases of COVID-19 in Onne, in Eleme Local Government Area of Rivers State prompted the the Governor, Mr. Nyesom Wike, last weekend to impose a total lockdown of the Bonny Local Government Area and Onne community with effect from Sunday.

“Pursuant to the fundamental objective of stopping the spread of coronavirus, we have reviewed the situation in Bonny Island and Onne communities and come to the conclusion that a total lockdown is necessary at this time to shut down the continuing spread of the virus in these communities,” Wike had said in a broadcast.

The 225,000 b/d Bonga field was operating at around 95 per cent of capacity before it was shut down in May, according to S&P Global Platts estimates.
Shell had earlier postponed the routine maintenance at Bonga from March and April due to the pandemic.

Nigeria, which failed to curb oil production quota in strict adherence with the OPEC agreement in an effort to ameliorate the glut in the international market, has now submitted a comprehensive plan.

Last week, the international oil cartel gave four countries, including Angola, Gabon and Brunei, Monday deadline to comply and immediately prepare a specific schedule on how they intended to compensate for pumping above the OPEC+ quotas since the deal in April.
Earlier, Iraq and Kazakhstan, which had also defaulted, sent in their own plan in compliance with the agreement that sought to cut back 9.7 million barrels of crude oil per day.

OPEC has also mandated its Joint Ministerial Monitoring Committee to reach out to all the underperforming participating countries to submit their schedules for compensation, insisting that 100 per cent compliance must be achieved.

The Group General Manager, Group Public Affairs Division at the Nigerian National Petroleum Corporation (NNPC), Dr. Kennie Obateru, was not very specific on what the terms of the plan sent to Vienna, headquarters of OPEC was, but he told THISDAY that the national oil had done everything to ensure that the agreement was not reneged upon.

“Everything is being done to comply with the OPEC+ approved cuts” he said in a terse text message.

However, Bloomberg, quoting delegates and insiders, said the four countries have now provided details to other members of the cartel on how they’ll make extra reductions to compensate for the extra production.

The entire compensation plan, with additional reductions over the coming months, will amount to about 1.26 million barrels a day, spread out between now and September.

For Nigeria, regarded as the next-biggest transgressor within the OPEC cartel after Iraq, it was learnt that the country has pledged to make up for its 180,000 barrel-a-day overproduction in May by cutting an extra 45,000 a day each month between June and September.
Despite the stumbles, overall implementation of the new curbs by OPEC+ was strong last month, at 87 per cent while oil prices have strengthened as a result of the measures and a recovery in fuel demand in nations such as China.

Brent crude has more than doubled since late April to around $43 a barrel, though it’s still down this year almost 35 per cent.
Meanwhile, the Minister of State, Petroleum Resources, Chief Timipre Sylva, has officially inaugurated the newly constituted board of the NNPC.

The members of the NNPC board, which had earlier in June been approved by President Muhammadu Buhari, are Sylva, who doubles as the alternate chairman of the board; Group Managing Director of the NNPC, Mallam Mele Kyari and Senator Magnus Abe.
Others are: Permanent Secretary, Ministry of Finance, Dr. Isah Dutse, Dr. Tajudeen Umaru, Dr. Steven Dike, Mrs Lami Ahmed, Chief Pius Akinyelure, Mr Mohammed Lawal and Secretary of the board, Mrs Hadiza Coomassie.

A statement by the Deputy Director of Information, at the ministry, Mrs. Enefaa Bob-Manuel, said the new board, for administrative expediency, was further constituted into three main committees namely; establishment, chaired by Lawal, finance, headed by Akinyelure and audit chaired by Dike.

The UK Supreme Court yesterday heard an appeal from Nigerian farmers and fishermen seeking to pursue claims against Royal Dutch Shell over spills in the Niger Delta.

The appeal re-opens the possibility of British multinationals being held liable at home for their subsidiaries’ actions abroad.
It comes after a setback in 2018 when a London court ruled that the claims could not be pursued in England.

Reuters reported that a judgment is expected later this year or in early 2021, quoting a court spokeswoman.

The Ogale and Bille communities in Rivers State alleged that Shell’s oil operations have polluted their land and waters.

The law firm representing the farmers and fishermen, Leigh Day, said the communities were seeking justice through British courts because cases heard in Nigeria could take decades to resolve.

The main question for British courts is whether they have jurisdiction over claims against Shell’s Nigerian subsidiary, Shell Petroleum Development Company, which is jointly operated with the Nigerian government.

Shell’s subsidiary has said “claims by Nigerian communities against a Nigerian company about events in Nigeria should be heard in Nigeria and not the UK.”

The company said the spills were chiefly due to oil theft, sabotage and illegal refining.

The Supreme Court ruled last year that Zambian villagers had the right to sue Indian-listed mining company Vedanta in England. The Vedanta decision was frequently cited in yesterday’s hearing, as lawyers for the Nigerian communities and Shell contested whether the cases were similar.