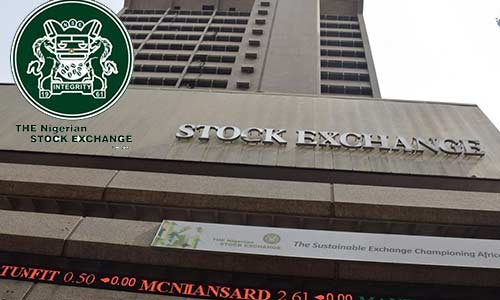 The ongoing process to convert Nigerian Stock Exchange (NSE) from a non-profit, member-owned mutual company limited by guarantee to a public limited liability company with issued share capital and shareholders has scaled a major hurdle with the approval of the scheme of arrangement for the conversion by the Federal High Court (FHC).

The scheme of arrangement sets out the comprehensive details about the nature and terms of the conversion, otherwise known as demutualisation.

Members of the NSE had successively at a court-ordered meeting and extraordinary general meeting in March 2020 approved the scheme of arrangement and major changes in the organisational structures of the post-demutualisation NSE, including composition of board of director and top management.

Responding to enquiries by The Nation, the NSE at the weekend confirmed that the Federal High Court, Lagos has granted an order sanctioning the scheme of arrangement.

With this, the NSE will move to the final stages of re-registration as a public limited liability company with the Corporate Affairs Commission (CAC) as well as notification of its share capital and final approval of its new status by the Securities and Exchange Commission (SEC).

Sources in the know of the processes said the court sanction was the major hurdle as the subsequent processes are traditionally seamless. SEC had earlier issued a “No Objection” to the demutualisation process.

Market sources however noted that some aggrieved capital market operators have lodged complaints with the NSE over non-allotment of shares to them despite completing full registration with the Exchange.

The sources said many of the affected operators were firms that hold combined licence as broker-dealers and issuing houses, noting that the firms had paid the required registration fees as issuing houses and as such entitled to shares based on the capital contribution and their roles in the development of the NSE.

A source meanwhile said the demutualisation process has inherent complaint-resolution mechanism. Under the scheme of arrangement, a total of 40.08 million ordinary shares, representing 2.0 per cent of the proposed issued shares of the post-demutualisation entity will be set aside for allotment to parties that may lay claims to entitlement to shares in the demutualised Exchange. This was pursuant to the provisions of the Demutualisation Act 2018.

Chief Executive Officer, Nigerian Stock Exchange (NSE), Mr Oscar Onyema, in a statement made available to The Nation, said the demutualisation process is moving ahead in line with the expected sequence of events.

“Understandably, in current circumstances, some of the legal and regulatory steps required have taken a little longer than originally expected, but today we have received court sanction for the results of the EGM, in particular the Scheme of Arrangement and we are looking to secure the re-registration of the Exchange as well as the approval of the Securities and Exchange Commission within the coming months,” Onyema said.

Under the approved scheme of arrangement, the NSE will transit into a holding company, Nigerian Exchange Group (NEG) Plc, which will be the parent company for the Nigerian Exchange Limited, the successor that will carry on the securities trading business of the Exchange, and other subsidiaries. Shareholders will own shares in NEG Plc while NEG will own the main company and other subsidiaries.

According to the scheme of arrangement for the conversion, the post-demutualisation shareholders’ base will consist of 255 institutional shareholders and 177 individual shareholders.

The post-demutualisation shareholding arrangement was arrived at by converting the existing dealing members of the Exchange to institutional shareholders and ordinary members to individual shareholders.

According to the scheme, the demutualised NEG will take off with authorised share capital of N1.25 billion comprising of 2.50 billion ordinary shares of 50 kobo each, which will be registered with the Corporate Affairs Commission.

The NEG will subsequently set aside 2.0 billion ordinary shares of 50 kobo each as issued share capital, which will be registered with the SEC.

A total of 40.08 million ordinary shares, representing 2.0 per cent of the proposed issued shares of NEG will be set aside for allotment to parties that may lay claims to entitlement to shares in the demutualised Exchange. This was pursuant to the provisions of the Demutualisation Act 2018.

The apportionment of 2.0 per cent as the claims review shares is based on an analysis of the probable quantum of shares that would be required to settle each claim.

However, each claimant will be expected to provide irrefutable evidence of membership or circumstance that confers such claim of ownership.

However, in the event the claims review shares are insufficient to satisfy successful claims, additional shares will be allotted from the demutualised Exchange’s authorised share capital.

A total of 1.96 billion ordinary shares, representing 98 per cent of the issued shares, the balance of the issued shares following the reservation of the claims review shares, will be apportioned between dealing and ordinary members on the basis of a ratio of 78:22, respectively.

With the approval of the scheme, all assets, liabilities and undertakings including real property and intellectual property rights of the NSE- with the exception of the securities exchange licence and all assets and appurtenances in relation to the securities trading business of the NSE – shall be retained by NEG.

The NSE will set up a separate company, NGX Regulation Limited (NGX Regulation) that will be charged with the regulatory functions of the Exchange after demutualisation pursuant to an arm’s length agreement. This is in order to safeguard the neutrality of the regulatory system.

With demutualisation, the Memorandum and Articles of Association of the re-registered Exchange will be amended to indicate the new name, NEG, the authorised share capital and all requisite provisions for a public company limited by shares.

In December 2019, SEC in a “No Objection letter” gave its consent to the NSE to hold the court-ordered meeting and extra-ordinary general meeting that would facilitate its conversion from a not-for-profit entity limited by guarantee into a profit-making, public limited liability company owned by shareholders.

The Federal Government, through the Bank of Industry (BOI), many state governments including Adamawa State and several prominent Nigerian businessmen and policy experts are among a total of 432 individuals and institutions that will hold shares in the immediate period of the demutualised Exchange.

Under the scheme, the Exchange will allocate shares to all members with shares due to deceased ordinary members and expelled or liquidated dealing members being allocated to their legal representatives.

The NSE was established as the Lagos Stock Exchange on September 15, 1960 under the provisions of the Companies Ordinance 1922, with a share capital of £5,000 divided into 500 ordinary shares of £10 each. At incorporation, each of the original subscribers subscribed to five shares in the Exchange.

The share capital of the Exchange was subsequently increased to N20,000 consisting of 1,000 ordinary shares of N20 each, pursuant to an ordinary resolution dated December 2, 1977.

However, following the enactment of the Companies and Allied Matters Act 1990, now referenced as C20 Laws of the Federation of Nigeria 2004, companies limited by guarantee were prohibited from being registered with a share capital; and all such existing companies were mandated to re-register without a share capital.

The NSE was re-registered on December 18, 1990 as a company limited by guarantee and the then existing share capital of N20,000 was cancelled; and the equity rights of the initial subscribers extinguished.

Thus, from then till now, the NSE operated as a mutual company limited by guarantee with no issued or paid-up share capital; as such no individual or corporate entity had equity-based ownership rights.

The Federal Government, which holds stake as a founding member of the Exchange, also voted in favour of the conversion at the court ordered meeting.

To achieve the demutualisation, not less than three-quarters of the interests of members present and voting either in person or by proxy must vote in favour of the scheme.

Voting at the meeting was by poll with each member representing one interest or one vote for or against the resolution.

Also at the extraordinary general meeting held after the court-ordered meeting, members of the Exchange also approved the first board of directors for the demutualised Exchange as well as endorsed Employee Share Ownership Plan (ESOP).