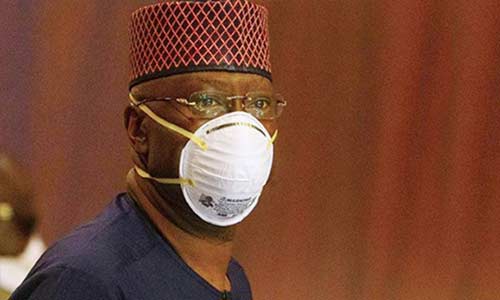 Reason for the renewed focus to recover unremitted stamp duties is that the federal government is targeting ₦1trillion giving the potential for revenue stamp duty has.

Secretary to Government of the Federation (SGF) Mr. Boss Mustapha made this declaration in Abuja on Tuesday at the inauguration of the inter-ministerial committee on Audit and Recovery of Back years stamp duties and the launch of Federal Inland Revenue Service adhesive stamp.

The SGF noted that the government will focus on revenue from stamp duty as it has the potential to yield up to N1trillion annually if properly harnessed.

Mustapha told the FIRS that the federal government expects the lnter-Ministerial Audit and Recovery Committee “to judiciously undertake an audit and recover on behalf of the Government all stamp duties charged from January 2016 to date but yet to be remitted by the relevant Ministries Departments and Agencies, Deposit Money Banks and Nigerian InterBank Settlement System Plc among others.

In order to ensure transparency and accountability, Boss Mustapha directed and requested that “all recoveries made by this Committee be remitted to appropriate Stamp Duty Account maintained by the Federal Government with the Central Bank of Nigeria.”

He also directed “all relevant MDAs particularly the Central Bank of Nigeria, NIBBs, DMBs, NIPOST and FIRS should give maximum cooperation to the Committee in the discharge of its mandate.”

He said it had become imperative to recover stamp duties because of government’s dwindling revenue “which was caused by the negative impact of the Coronavirus pandemic which has led to a budget deficit of over N5trillion.”

Responding, the Executive Chairman of the FIRS Mohammad Nami said the stamp duty recovery efforts will start from his agency and directed the finance and accounts department to remit ₦39 billion being stamp duties collected by the Service to the Committee.

He also vowed to go after MDAs that have collected stamp duties from contracts executed but failed to remit same to the account.

Nami disclosed that between January and May this year, a total of ₦66 billion stamp duty fees collected so far has been remitted into the federation account. In addition ₦18billion was generated in 2019 fiscal period.

Giving a breakdown of the ₦66billion, Nami said ₦20billion was remitted by Deposit Money Banks, while ₦39billion collected by the FIRS is warehoused in the CBN.

Nami maintained that the FIRS is prepared to reposition stamp duties as the next major revenue source for Nigeria, as revenue from oil and gas continues to dwindle due to global fall in demand and price, “indirect taxes such as Stamp Duty remain the viable and sustainable alternative revenue source for funding budgetary requirements” he said.

He attributed the rise in stamp duty collection to the dynamism triggered by the Finance Act of 2019.