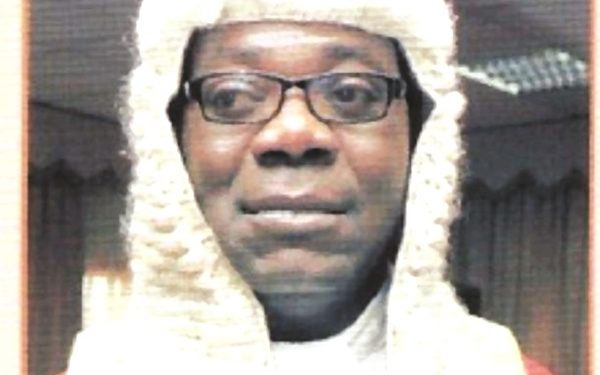 The Community Court of the Economic Community of West African States (ECOWAS) has voided the disciplinary measure recommended by the National Judicial Council (NJC) against Justice S. E. Aladetoyinbo in 2018 while he was a judge of the High Court of the Federal Capital Territory (FCT).

An  official of the court, Elohor Ovadje said, in a statement last Wednesday that  the court, in a judgment, agreed with the plaintiff that the composition of the NJC committee that conducted the disciplinary investigation was irregular, thus incompetent and its decision null and void as it violates the applicant’s right to fair hearing.

Ovadje said the awarded N50 (fifty naira) as nominal damage in favour of the plaintiff for the violation of his right to fair hearing while undergoing disciplinary investigation for judicial misconduct by NJC, the body responsible for disciplinary issues among Nigerian judges and Justices.

He added that the court’s three-man panel, led by Justice Edward Amoako Asante, noted that, while it acknowledged that the plantiff’s right to fair hearing was violated, the plaintiff could not provide evidence of the prejudice suffered, but decided to make the historic award in recognition of the violation.

Ovadje quoted the court as saying:  ”Where an applicant has established a violation of his/her rights, but fails to prove that the ensuing prejudice or harm/injury, the court will award only nominal damages which is usually a symbolic token to recognise violation of the said right.”

According to Ovadje, the court, in the judgment read by the judge rapporteur for the case, Justice Dupe Atoki, declined the plaintiff’s request for an order for the defendant – the Federal Republic of Nigeria – to issue an apology to the applicant through the NJC.

She said the court also refused other reliefs sought by the plaintiff on the grounds that they are “outside the competence of the court as making the orders will amount to sitting on appeal over the decision of the NJC.”

Ovadje said the court equally dismissed the defendant’s preliminary objection challenging its jurisdiction and directed the Chief Registrar to assess other costs due.

Justice Aladetoynbo had, in the suit marked: ECW/CCJ/APP/27/18 filed on  June 14, 2018,  claimed that his fundamental rights were violated as a result of a letter of warning issued to him  in 2018 by the NJC and published with distortions in the media.

He alleged that following a judgment he delivered, the dissatisfied judgment debtor wrote a petition against him to the NJC, the defendant’s agency responsible for appointment, promotion and discipline of judicial officers, who constituted a committee whose proceedings were marred by irregularities but nevertheless issued him a warning.

The plaintiff added that the actions of the defendant through its agent has traumatised and demoralised him and also destroyed his integrity, respect, honour and good name built over three decades of unblemished service to the defendant.

He sought orders of the court setting aside the letter of warning, the payment of N855,625,000  (Eight hundred and fifty-five million, six hundred twenty-five thousand naira) as general damages, another N12,230,750  (Twelve million, two hundred and thirty thousand, seven hundred and fifty naira) as cost of litigation as well as a formal apology, among others.

On their part, the defendant – the Fedral Republc of Nigeria – raised a preliminary objection challenging the jurisdiction of the court to hear the matter and contended that the plaintiff was accorded fair hearing and that the committee was properly constituted.

The defendant exonerated its agency, NJC, of wrongdoing and urged the Court to dismiss the matter.

The third member of the panel was Justice Gberi-Be Ouattara.